Check out Batman’s Appearance in the Canceled Batgirl Movie!

Recently, DC fans are going through a difficult time regarding the chaos of the universe live action DC. After the Warner Bros-Discovery merger, almost everyone involved in working on the DC project seems to have had to feel the impact of the studio’s shift in strategy. Starting from schedule changes to film cancellations, a number of DC films that have completed their production, inevitably have to swallow the bitter pill. As recently happened with the movie Batgirl.

A few days ago, Warner Bros. has officially canceled the film’s release Batgirl which is actually quite a fan anticipation. We can imagine how disappointed the crew and cast members were who had completed the filming process. As we know, the film, directed by the duo Adil El Arbi and Bilall Fallah, has involved a number of actors. Including Leslie Grace as Batgirl and Michael Keaton as Batman. To entertain fans, director Adil El Arbi has just released a photo featuring Batgirl and Batman in his canceled film. 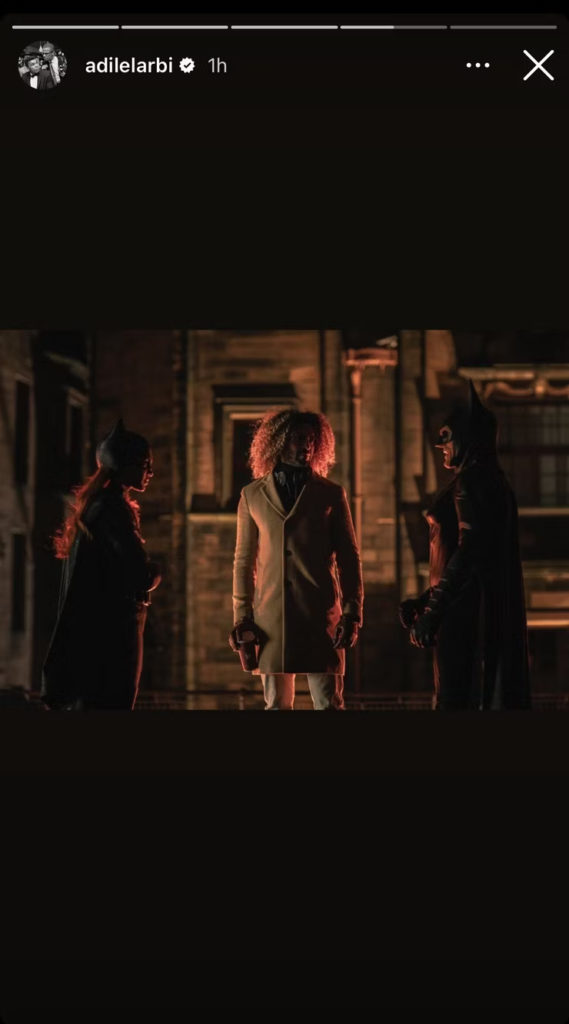 This photo, which Adil El Arbi shared through his Instagram story, shows Grace’ Batgirl and Keaton’ Batman facing each other in the film Batgirl. So far, it has not been revealed what the context of the scene in the photo is. However, based on previous rumors, Bruce Wayne aka Batman will be Batgirl’s mentor in this first film.

In this photo, Batgirl is seen wearing a costume that WB has previously revealed to the public. Where he wears a purple batman costume similar to the comics. In front of him, stood the figure of Batman whose costume was also not much different from the one he wore in the movie The Batman (1989). The pointy ears and the cape attached to his mask have reminded fans of the Batman figure who was popular in the late 80’s to early 90’s.

Now with movie cancellation batgirl, at least this photo has shown the appearance of Keaton’ Batman that fans have been anticipating. Even though he didn’t appear in the film directed by Adil El Arbi and Bilall Fallah, Keaton’s own Batman character will later appear in the film The Flash which will come. Let’s just wait, geeks, hopefully the fate of the characters can be better in the DCEU Speedster film. Film The Flash itself is scheduled to air on June 23, 2023.

Share:
vivo V25 Pro Appears in TKDN, when will it launch? • Gadget World Girls Generation officially comeback with the release of the album “Forever 1”

The Story of a Mental Hospital is Full of Puzzles